I Heard the Lord Say…

…is a new page I’ve added to my blog to share with you some of the “words” and “visions” the Lord has given me over the past few years.

This is not something that I have entered into lightly, as I am not an attention seeker, just an everyday woman who loves the Lord, and loves to hear his voice. But my Lord, and Savior, has been dealing in the spirit with me for awhile now to write his words to me, and the visions, down. As soon as I started this, he began to persuade me to share some of them on this blog, that he also pressured me to create over a year ago. Even though I didn’t want to, I wanted to do his will. So, with his help, we created this blog.

Whether you are on the side of some Christian “thinkers” that the Lord, or should I say “God” doesn’t talk to people anymore, I believe, based on the Bible, which is where I base my faith as someone who follows Jesus, that He absolutely does. I have heard it preached that people who say, “God said, or God told me,” were crazy Christians that was hearing from Satan.

Now, I might be persuaded to believe them, by their preaching, if I had not read my Bible!

Here I could list a lot of scriptures proving that the Lord does talk and expect us to hear, but for the sake of a short blog, I’ll only list 2, one from the Old Testament and one from the New Testament; two of my favorites.

Isaiah 1:18 KJV Come now, let us reason together, saith the Lord: though your sins be as scarlet, they shall be white as snow; though they be red like crimson, they shall be as wool. Meaning: This means God will look past our sin when He wants to “talk” with us, reason with us. It means to talk things out with God.

John 10:27 KJV My sheep hear my voice, and I know them, and they follow me. Meaning: I believe this passage in John is self-evident and self-explanatory.

But I will add this thought!

If God and Jesus didn’t want us to hear their voices, why, on the day of Pentecost, did he send the Holy Spirit down with “tongues of fire” and “wind,” both signifying speaking…talking. It does take my tongue and breath for me to talk. Don’t believe me? Try talking without your tongue and pushing air out at the same time.

Couldn’t do it, could you? (Smile here.)

This is the word/vision the Lord gave me concerning “Grass Roots Fires” and “A Little Leaven Leveneth the Whole Lump.”

As I was awaking one morning, about a week ago, the Lord brought me into a dream/vision. (When I have one of these, I’ve come to discern they are definitely from the Lord. I call them flash dreams/visions. They don’t last long, a minute or so, at the most. But they are very powerful; like a flash of light, where he shows me certain events of the near future.) In this one, I saw myself, and others, working, talking, even teaching a small number of people. I saw, and felt, as if me and the others were concerned that we were helping so few. We had expected that by now we should be doing a lot more. But then I saw/felt the Lord swirl his hand over us and I felt how pleased he was with us. And then I heard, “A little leaven leaveneth the whole lump.” Then I saw others who have risen to super-star status, mega church status, and pastor-worship, instead of Jesus worship. Not kicking any of these. Just sharing what the Lord showed me.

In the revelation of this, the Lord reminded me of the vision and words he gave me several years ago. In fact, he gave me this vision, “Grass Roots Fires,” twice. I never really understood the fullness of it until he gave me this new flash vision/dream.

In the revelation of me and others, saints who don’t register high on the barometer of saints, I realized there are certain ones of us who have tried to reach out to people and try to grow, but were held back, and even at times charged by the Spirit to move on. Wondering and waiting and trying not to doubt that we are going where he wants us to go, we move on with him, being obedient to the spirit. I was one of these people.

In this vision, the Lord showed me how the higher people get in the flesh with popularity and wealth, (rise up with the Lord or with leaven) they rise into heights where temptation/corruption awaits them. That’s why he said in the Bible, “It is easier for a camel to go through the eye of needle than a rich man make it into heaven.” Now I learned some time ago that the “eye of a needle” is a short door to a barn that shorter animals go through to reach the stable, a safe place. For a camel to go through that short door, the “eye of a needle” he will have to get down on his knees and crawl through. In order for a rich man to enter the Kingdom of Heaven he will have to be like that camel, get down on his knees before the “doorway” to heaven. Who is that doorway?

John 10:9 KJV I am the door: by me if any man enter in, he shall be saved, and shall go in and out, and find pasture.

John 13:6 KJV Jesus saith unto him, I am the way, the truth, and the life: no man cometh unto the Father, but by me.

The rich can be saved, but because money is power, the rich have the power to go, get, influence, and shape culture, temptation for them is very great. In one passage God tells the Israelites that he is going to prosper them, but they better not get prideful or arrogant and say they got all this because of themselves and all the hard work THEY did. But, they needed to acknowledge that God, Jehovah poured his spirit out on them, blessed them, and gave them the ability to get wealth as he watched lovingly over their crops/work. This is the great temptation of the rich, to take the credit for all they have accomplished and not be humble, obedient to the Lord’s leading, but rather be arrogant, led by their wealth.

To God be the glory!!

And I saw some ministers had risen high, and were being corrupted as they rose into Satan’s realm in the spirit, into principalities and powers in high places. They fell into Satan’s trap! They were making decisions about what they COULD do with their wealth and not what Jesus was desiring and trying to lead them to do. But not all ministers who had risen were falling into Satan’s trap of corruption and leaven.

I felt the Lord show me that there were a lot more close to the ground, like me and the others with me in the vision, that were innumerable, humble, obedient saints that God was going to turn into an army of spiritual warriors, and the troubles we have suffered through was training for what was to come. Because of our humble submission to the Lord’s leading, we were going to be a ground swell. This is where he reminded me of the “Grass Root Fires” vision he had given me twice before; the one I had never even halfway understood.

The Lord took me back to the vision and the words he said to me twice. The first time was before 2016. Then, again, two years later. Then again, last week. This is it:

The Lord showed me and told me that these mega churches (not questioning anyone one of them as legit or not) were allowed for a reason. While the world looked on them and many ran to them because of their size and wanting/desiring to be part of something bigger than themselves, he had lit a ground fire. Here, He showed me a vision of a map of the United States of America. In the north, south, east, and west it was as if a grass fire had been lit, burning away dead grass, and as it burned I understood that it would burn until all four fires burned across their part of the US and met in the center of that US map.

The Lord said again, “While everyone’s attention is on politics and mega churches, I’ve been lighting grass roots fires that are burning across this nation under the noses of those who think they’ve got it all figured out; and under the noses of the evil elite whose arrogance in Satan will soon come down. I, the Lord, have spoken.”

In putting these two together, the Lord was showing me that his warriors on the ground was where his power and might was going to be. The fire of God in his people were going to burn, and swell up together to do his will and take this nation back for God and for the gospel.

If you are one of his people who have felt you were small, and not doing enough for the Lord, looking for a place to serve him more, consider becoming his fire, one of his ground troops with your “boots” on the ground. Your boots: Ephesians 6:15 KJV And your feet shod with the preparation of the gospel of peace;

As the marines say, “We’re looking for a few good men.” God says he is looking for an innumerable army, saints who will follow him and obey him, saints he can trust with his fire, his dunamis (dynomite) power who will follow Holy Spirit in these last days and carry his gospel wherever he leads them.

Hope you enjoyed this, “This is what the Lord says…”

Please like this page, leave me a comment, click on the popup ‘follow’ button, or go to my contact page and send me a message there and receive more from Romance & the Homestead. If you like, email me your story and let me know if you believe you are a part of God’s “ground swell, grass roots fire” for the endtime gospel.

Go to my Shop For Love page to view all my work/books. Inside Sarah’s Tent, Hope for the Home book is an excellent book filled with information on how to bring God into your home and life, and create a solid foundation for your family.

Love and prayers to you,

From Romance & the Homestead,

Also, begin my new series Dispensations, Divisions, and The Kingdom of God I Who’s on the Lord’s side…come on…

To check out Inside Sarah’s Tent, and also its companion book, Emma’s Moments, a children’s book, Go to Shop-For-Love 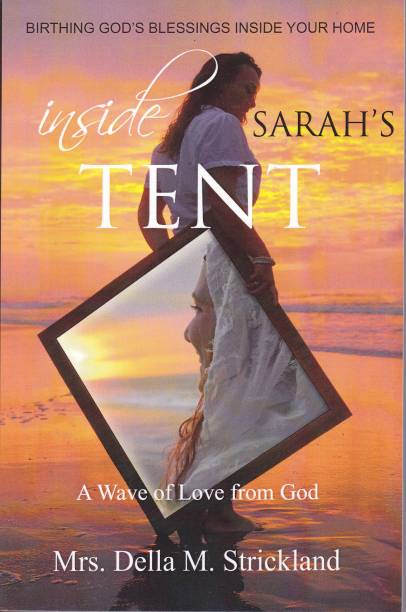 Photo by Maria Pop on Pexels.com

Photo by Pixabay on Pexels.com

Photo by Adam Kontor on Pexels.com

Photo by Pille Kirsi on Pexels.com

Find out more about me here: Romance & The Homestead